A downloadable game for Windows, macOS, and Linux

Ever since the marriage of King Idris to a woman of low birth he met at the Annual Grand Ball, his hold over his kingdom has steadily slipped from his fingertips. Queen Ella's intelligence and cunning has caused the kingdom to flourish in ways it never has in generations passed. However, this rendered the king as an accessory to the throne, confidence in his authority gone, and that's not even the worst part.

Four years after their marriage, while the two are seen to be getting ready for the Annual Grand Ball that will happen on the Friday of November 13th, King Idris gets a prediction a week prior that a tragedy will occur on the same day.

Author's Notes:
- This was very loosely inspired by Cinderella but in the perspective of the prince after they've been married. I've seen many complain about the tale of Cinderella which was the story of a woman who waited for her prince charming to save her to get out of a bad situation. I have incorporated that here in my characterization of Ella.
- Now, having brought up Cinderella, I pose the question: "Is it really a smart idea to marry a girl you just met?" Then every way this decision Cinderella's made could possibly backfire came to mind and I thought this would be an interesting perspective to write from.

What to expect for the Full Game

- Did you enjoy it overall?

- Who was your favorite character?

- Which was your favorite route?

- Anything I could improve on for my next game?

- Anything else you want to tell me?

This is the first game I've ever published anywhere so I greatly appreciate feedback!

Did I enjoy it overall? Of course. :)

I don't know the characters well enough to have a favorite, but I was most drawn to spending time with Lancer --  bring on his awkward discomfort!!! He and I both know what he's doing with my wife, and I'm ready to spur on his guilty redemption arc lolol.

But as for me personally, I guess I'm most intrigued by the ringmaster Enzo(?). Since he's barely present in the demo though, I don't foresee how our interactions would play out...

No, hold on, I take it all back: the soothsayer is my absolute favorite. I forgot they were a character. Man, I love that I get a "yes/no" choice right out the gate. As much as my heart sang to answer "yes, one (1) fortune please" I just had to try saying "no"... I have a weakness for pestering vn characters.
And when that first screen appeared, WOW it was so cool, and by far the most memorable part of the game. It set the mood in an instant. I was mystified, and even felt like I could hear the voice of the soothsayer even without seeing their face.

What you can improve:

The dialogue choices are vague, and I've accidentally chosen the opposite choice more than once.  For example, "Accept/Decline" doesn't specify if I'm accepting Enzo's offer for me to meet the troupe, or accepting Bezyl's remark that I need to get going... I ended up reloading a couple times to get where I wanted.

This game is also rather heavy with the exposition, and some of the dialogue lines would work better broken up into smaller chunks. I appreciate the lore though.

Otherwise, I love that you've moved the quick menu off to the lower right, and the tailor's shop has such a wistful, pleasantly medieval quality to it, sending me right back to memories of playing Cinderella Phenomenon and Ozmafia. I like a lot of your artistic choices here, and it's a deeply interesting choice to see such a crestfallen, almost defeatist version of the prince. I like him, I'm looking forward to seeing his character growth and where this ordeal will take him.

Also, amazing job pulling this all together ALL BY YOURSELF IN TWO WEEKS!!!!

That's apparently a universal thing. My friends keep saying they love the first screen and I do agree, it's probably one of the ideas I had I'm most proud of. I'm glad you appreciated it. c:

Thank you for giving Ignis the time of day! Also wow being compared to Cinderella Phenomenon, I loved that read. I'll take your criticism to heart and try to fix whatever I need to fix for the final product. (Also yes I really like Century Gothic)

I'll continue to do my best for the final product! :)

I don't play demos because I've had my heart broken too many times with abandoned projects LOL, but I am watching this intently for when it gets released.  It sounds amazing.

Oh boy I can RELATE so hard to that, abandoned projects and whatnot. Thank you for your support! I'm constantly working on it and I hope you end up liking the finished product! :D

I'm sure I will, good luck!

Nice twist on Ciderella story, for sure! Looking forward to playing the whole game once it's out :)

- Did you enjoy it overall?

The overall aesthetic of the game, the fairy tale vibe is  definitely there.

- Who was your favorite character?

Bazyl, I have a soft spot for the loyal knights. I wonder what kind of development would he get later in his route.

- Which was your favorite route?

Bazyl, because I enjoy his and Idris's interactions.

- Anything I could improve on for my next game?

Hard to say for now, but more music variety is always welcome.

- Anything else you want to tell me?

Good luck with this game and your future projects!

Thank you for answering the feedback questions! I'm so glad you love Bazyl! I put in much care when I write Idris and Bazyl's interactions as I really wanted them to have a believable and organic friendship apart from the loyal knight dynamic. I hope you enjoy the full release when it's finally out! :D

I never thought on the perspective of the prince in the cinderella story and it's intriguing. So far I am curious to know the truth behind Ella's intentions on marrying the prince.

Thank you! I'm constantly working on it, I'm glad to see you're interested! :D 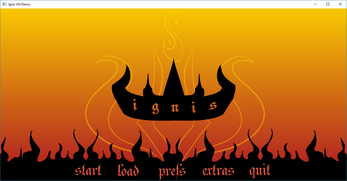 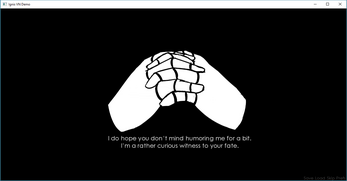 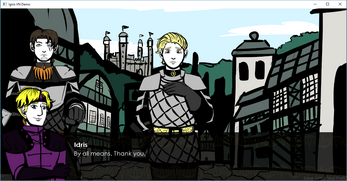 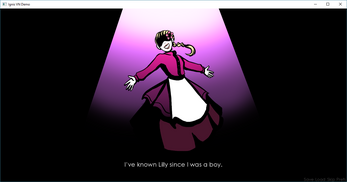 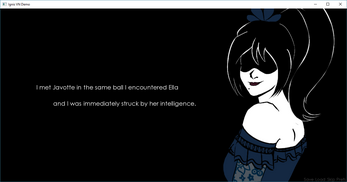 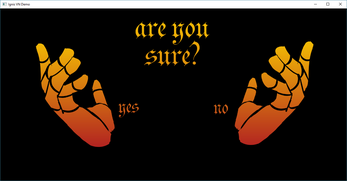